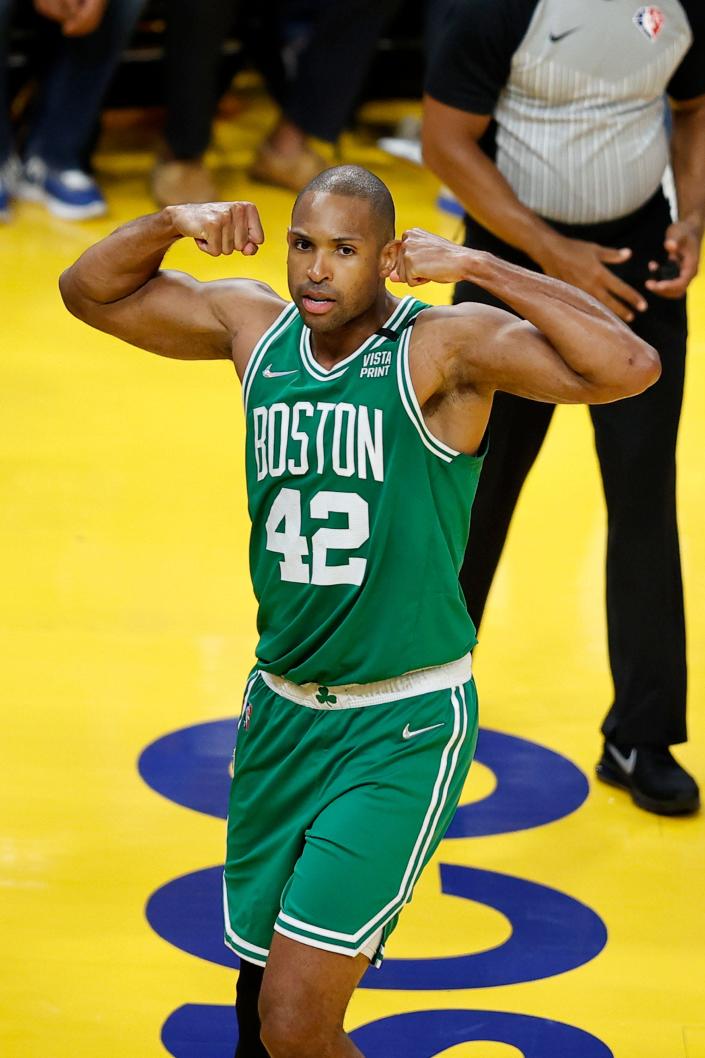 The Boston Celtics struck first in the NBA Finals in stunning fashion.

Behind a huge fourth-quarter rally, the Celtics came back to defeat the Golden State Warriors 120-108 in Game 1 on the road in San Francisco. After Golden State used a third-quarter surge to take a double-digit lead, Boston stormed back in the fourth to win and steal homecourt advantage.

The series could be a testament to just how much experience matters.

Despite the opening loss, the Warriors’ core of Stephen Curry, Klay Thompson and Draymond Green is battle-tested after appearing in five consecutive Finals in 2015-19. They are back now, with an aim to claim their fourth NBA title in the past eight seasons. But against the upstart Boston Celtics, winning another title won’t be an easy task.

The Celtics advanced to Finals for the first time since 2010 after three Eastern Conference finals appearances since Jayson Tatum joined Jaylen Brown and Marcus Smart to form a talented young core. And now they are up 1-0 in the NBA Finals.

Celtics storm back in fourth quarter to stun Warriors

Golden State has won all nine of its home games in the 2022 NBA playoffs entering Game 1 of the Finals.

And when Steph Curry scored an NBA Finals record 21 first quarter points, it appeared like the Warriors were well-positioned to keep their perfect home record intact.

Not so fast. The Celtics took control of the game in the fourth quarter, going on a 20-0 run that stunned the Warriors, 120-108, in San Francisco.

Al Horford, playing in his first Finals, paced the Celtics with 26 points and Jaylen Brown had 24 points and Derrick White added 21 points off the bench.

The Celtics are now 8-2 on the road in the playoffs. They are pursuing their 18th NBA championship, which would break a tie with the Lakers for the most in league history.

Golden State hasn’t lost at home in NBA Playoffs. Can they come back?

The Warriors have won all nine of their home playoff games at Chase Center in the 2022 NBA Playoffs, but the Celtics are threatening to upend that streak late in the fourth. Boston has outscored Golden State in the fourth quarter with 39-13, thanks to an offensive burst from Al Horford, Derrick White and Marcus Smart.

Golden State came out of halftime, outscoring Boston 38-24 in the third quarter. The Warriors lead the Celtics 92-80. Steve Kerr credited the Warriors’ third quarter run to their defense. “Our defense was much better (in the third) and that connected to the offensive end of the floor,” he told Lisa Salters.

The Warriors have contained Jayson Tatum to only 12 points on  3-for-16 shooting and 1-for-6 from three. Kerr said his team has done “nothing special” guarding Tatum, expect make it difficult for him.

“We are just trying to keep pressure on him,” Kerr said. “We know how good he is and he’s going to get going at some point.”

Looney’s work has given the Warriors a 21-5 edge in second chance points. That’s been a key difference in Game 1.

After setting the NBA Finals record for three-pointers made in a quarter with six in the first, Steph Curry failed to score in the second quarter and exited the half early due to foul trouble.

Curry was called for an offensive foul, his second of the game, with 1:41 left in the first half after a push-off against Boston’s Marcus Smart. Curry slammed the ball in frustration and adamantly denied his foul. He quickly picked up his third foul on Jayson Tatum with 53.8 second left in the first half. He was immediately subbed out for Jordan Poole.

Celebrities are just like us: They love sports! But unlike a majority of us, the biggest stars in movies, TV and music have the means to cheer on their beloved teams courtside. Game 1 of the NBA Finals was no different.

Boston’s scoring leaders Jayson Tatum and Jaylen Brown are off to a slow start in Game 1.

They have combined for just 14 points on 6-of-15 shooting. But that hasn’t exactly led to disastrous results for the Celtics.

In the Miami series, Tatum earned the first Larry Bird Trophy given to the best player in the East finals, and in two Games 7 in the playoffs, he had 26 points, 10 rebounds, six assists, two blocks and a steal against Miami, and 23 points, eight assists and six rebounds against Milwaukee.

Finals MVP is the one accolade that has escaped three-time champion Steph Curry. During the Warriors’ three championships, Andre Iguodala won Finals MVP in 2015 and Kevin Durant earned the honor in 2017 and 2018.

He appeared to leave no doubt that he’s on a mission in Game 1. Curry came out cookin’ in the first quarter. He has 21 points on 7-for-9 shooting and 6-for-8 from three.

With Steve Kerr as coach, Warriors have been on a Game 1 roll

“I’m still upset about the two. I dwell on those two,” Kerr said, joking. “No, we’ve had great success because we have great players, and they play well together. We don’t put any extra emphasis on Game 1s. Game 1s are usually a feeling-out process, especially when you get to the Finals. You don’t know your opponent as well as you know your conference rivals.

“But the main reason for that record is we’ve got great players.”

MORE: ESPN without Jeff Van Gundy, Adrian Wojnarowski for Game 1 of NBA Finals due to COVID-19

Gary Payton II is available for Game 1 after fracturing elbow

Payton II is returning to the lineup for Game 1 of the NBA Finals on Thursday, nearly a month after fracturing his left elbow during a hard flagrant foul-2 from Memphis’ Dillon Brooks during the Western Conference Semifinal.

Warriors coach Steve Kerr announced that Payton, Andre Iguodala and Otto Porter Jr. will be available for Game 1. They were all previously listed as questionable earlier Thursday.

“Hopefully you get to see the OGP before the Playoffs, the first round of Playoffs,” Payton told reporters during media day on Wednesday. “Other than that, I’m ready to go.”

Payton averaged 6.1 points and 3.0 rebounds per contest during the playoffs before his injury.

Boston had encouraging news on its injury report: Marcus Smart is no longer listed on it. Smart missed Games 1 and 4 against Miami in the Eastern Conference finals and was listed as questionable for Game 7 with a sprained right ankle.

“The ankle, pretty serious injury. I’m thankful to be able to play, let alone still be walking,” Smart said Wednesday. “It hurt, but my mom always told me, if you are going to be on the court, you can’t make excuses. If you’re hurt, then sit your tail down. If I’m going to be out there, no matter how much pain I’m in, I can’t let it affect me.”

Boston’s bigger concern is Robert Williams (left knee soreness), who was hobbled in Game 7 against Miami. He had surgery on March 30 to repair a torn meniscus.

Celtics coach Ime Udoka said Williams “will be listed as day to day the rest of the way, how he reacts on it. We’ve kept his minutes lower in the last few games against Miami, and his availability has been up and down based on that game. He’s a true day-to-day situation.”