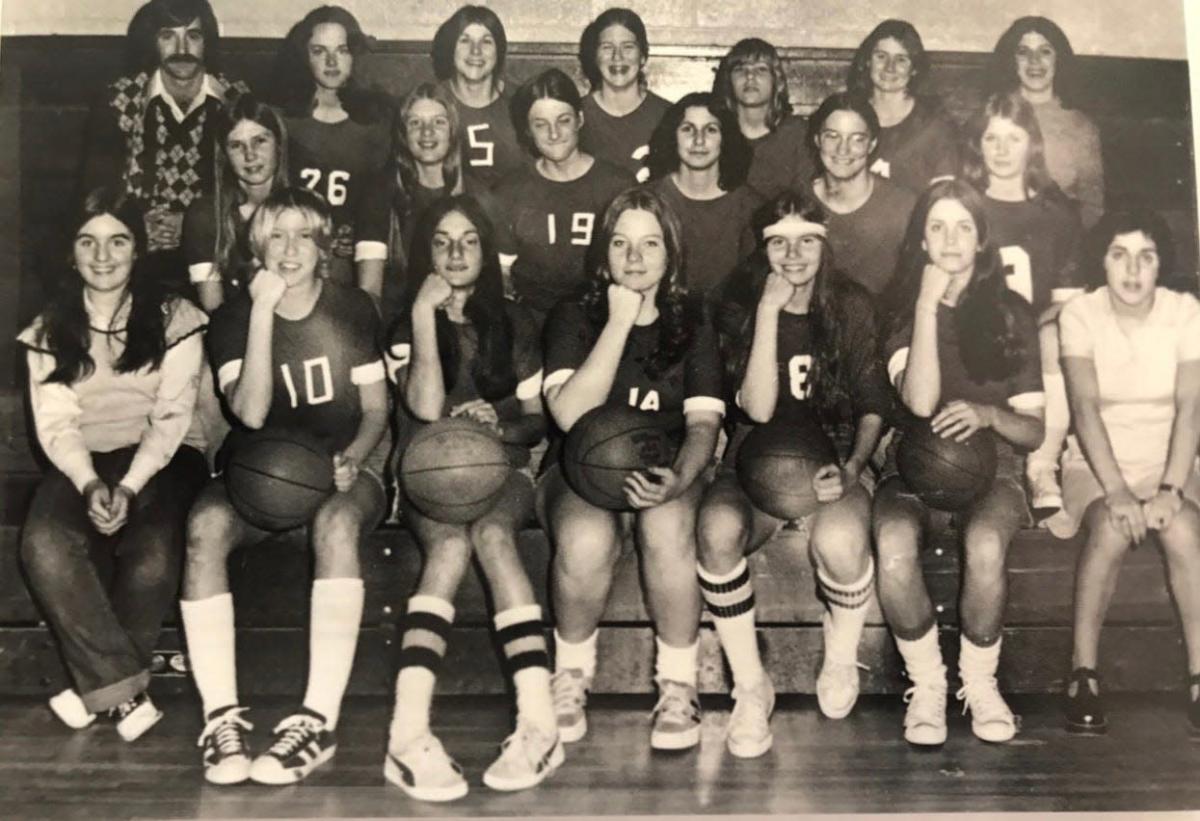 Laura Ely remembers walking into her older sister’s high school gym to pick her up from basketball practice and being told to grab a ball and shoot it.

She was in eighth grade, a cheerleader who had never played basketball. Still, she followed coach Jeff Jasper’s orders, removing her coat before taking her first shot at Pascack Valley.

“The shot went in, but it was ugly – really ugly,” Ely said.

Title IX, passed into law on June 23, 1972 to create equal opportunities for all, celebrates its 50th anniversary this year. And Ely, who scored 2,259 points at Pascack Valley and earned a scholarship to Notre Dame, is among millions of girls who took a shot on sports and enjoyed a beautiful experience.

Girls represented 43% of high school athletes in 2021, according to the nation’s governing scholastic sports organization, the National Federation of State High School Associations (NFHS). And women comprised almost 60% of college students in 2021, based on data released by the National Student Clearinghouse, a reversal from 50 years earlier.

Prior to Title IX, fewer than 300,000 girls participated in high school sports nationwide, according to the NFHS. Within two years of its implementation, the number had grown to 1.3 million. Today, it’s an estimated 3.4 million.

You call those uniforms?

The early days of Title IX were more about participation than competition, and Jasper vividly remembers his first season coaching Pascack Valley. Seventy girls showed up for the first practice for the 1973-74 season. For everyone, including Jasper, it was brand new.

“They had never played before. Zero. Nothing,” said Jasper, who this year tips off his 50th season leading the program and is New Jersey’s all-time winningest girls basketball coach with 1,084 wins. “It was like coaching aliens. They had landed. Forget about teaching the rules. What a challenge. What a ball. What fun I had.”

Lorrie Zurich was on Pascack Valley’s first team. She joined to be with some of her middle-school friends and remembers how “every teammate hated” to run suicides, a grueling drill.

“I was one of four [children] and I just figured it was an opportunity to meet people and play basketball,” she said. “So I really didn’t think how rough the practices might be, how many games we would play. It wasn’t even a thought.”

And how terrible were those uniforms, if you can even call them that? That first team, which at 2-13 marked Jasper’s only losing season, played in T-shirts and cutoff jeans. Players constructed numbers on their shirts out of masking tape.

Yes, back then, budgets for girls’ sports were exceedingly modest. Jasper actually sued the board of education – and won – to receive pay equal to the boys basketball coach.

At Holy Angels, an all-girls parochial school where Sue Liddy has coached a variety of sports since 1974, those early budgets did not include much money for uniforms.

“Back then, we had uniforms, but they were bought by the parents, or donated to the school,” said Liddy, who has won more than 700 games coaching basketball. “The budgets were so low that you couldn’t buy a lot of equipment. You were lucky to have 10 balls for basketball and a couple of scorebooks.”

“I think the kids now, I’m not sure they can appreciate fully Title IX, because they’re not living the disparity of our generation,” said Niehoff, who will reach her fourth anniversary leading the NFHS on Sunday.

Pascack Valley, like so many schools, has been led by the daughters of former players. And both mothers and daughters know the older generation had it much tougher.

The first dozen years after Title IX, girls were still using the larger boys’ basketball. Not until 1984, when Laura Ely (then Laura Dougherty) was playing at Notre Dame was a smaller ball introduced. She said the game moves quicker now because girls can pass and control the ball better, which also leads to more scoring.

Ely’s three daughters – Sara, Maggie and Terry – all went on to play for Jasper and Pascack Valley in the 2000s.

“I think the history of the generations before me is something that feels a little untouchable in a lot of ways,” said Maggie Ely. “But I feel really thankful that my sisters, my brother (Jack) and I were able to grow up centered around sports and feel empowered and learn through the vehicle that was sports. It certainly was imbedded in all of us.”

Heather Zurich, Lorrie’s oldest of three children, starred in basketball at Pascack Valley and Rutgers in the 2000s. She knows her mother’s generation traveled a more difficult road. There were no role models in the 1970s and 1980s, like there are now with the WNBA and National Women’s Soccer League.

“I feel our generation just benefited from everything that they paved the way for, because they did it because they wanted to do it, and for the love of the game,” Heather Zurich said. “I know people do it for different reasons, but I feel like back then, because they didn’t have a lot, it was just so pure.”

“I am fortunate to be a beneficiary of Title IX,” said Maguire, formerly Colleen McCrea, a standout basketball player at South Hunterdon who earned a scholarship to George Washington University. “I played as many sports growing up as my older brothers. I never really realized until I was in college that girls even just a decade older than me did not have as many opportunities to play sports.”

From T-shirts with masking-tape numbers, to fashionable home-and-away uniforms with names on the back, athletics over the past 50 years have served as an invaluable learning experience for girls.

“From the physical and the leadership aspect, I think that’s huge for females,” Liddy said. “Because they get out in the real world now, they’re getting jobs as CEOs and high executive positions and they have to be able to lead these people.”

Heather Zurich works in pharmaceutical sales and said the lessons learned on the court translate to her job.

“I thank basketball and Title IX for pretty much everything and everywhere that I’ve gotten in my life, because it’s not just a game,” she said. “I know it’s so cliché, but it just teaches you so much about overcoming obstacles, and fight, and communication and teamwork. I bring that stuff to work every day.”

“Jasper used to say way back in the day, ‘We do our own dirty laundry,’” Laura Ely said. “He would impart on us, ‘We’re not taking our problems and aiming them somewhere else. We’re always dealing with them ourselves.’”

Jasper still sees more laundry to be done in the realm of girls athletics. Title IX has helped elevate women in sports and society, but the road to equality continues.

“The image and perception of girls athletes is certainly way, way improved, but there’s a lot of work still to be done,” said Jasper, a teacher at Pascack Valley since 1971. “Anybody who thinks just because it hit 50 years that everything is really cool is not on the inside working on this. It still has a ways to go.”

The opportunities for girls are still growing. New Jersey introduced girls wrestling championships in 2018 and a girls hockey championship last month. A girls flag football championship could be added in the coming years.

Greg Mattura is a sports reporter for NorthJersey.com. For full access to live scores, breaking news and analysis from our Varsity Aces team, subscribe today. To get breaking news directly to your phone, sign up for our newsletter and download our app.

This article originally appeared on NorthJersey.com: Title IX changed the game for girls HS sports, but it took time